The irony with how the opioid crisis is being addressed compared to the crack epidemic hasn’t been lost on some people. When drugs suddenly became a white problem, health and wellness were the overriding concern in how to address the issue compared to extremely punitive incarceration sentencing laws for African Americans and Latinos. It’s worth noting that the legalization of marijuana seems to also coincide with the recent discovery that white people do drugs even though whites and blacks use drugs at roughly the same rate.

Now, society wants reparations for the injustice heft upon them by pharmaceutical companies that profited from the deaths and abuse of others (we continue to fail to recognize the federal government’s role in allowing cocaine to be sold into inner cities). Similar actions were taken against the tobacco industry in 1998 as part of the 25-year, $246 billion settlement and don’t be surprised if you see something happen against the oil industry in the future.

The United States has a history of acknowledging the wrongs inflicted on those within its borders and then compensating them for it. The 1988 Civil Liberties Act signed by President Reagan came with an official apology and $20,000 for those of Japanese descent who were interned in camps during WWII. The 1990 Radiation Exposure Compensation Act for Downwinders paid victims upwards of $150,000 from nuclear testing and uranium mining. American Indians reached a multi-billion dollar settlement over the government’s mismanagement of their funds. One can even go as far as to consider the economic bailout of homeowners who were prayed upon by lenders that led to the Great Recession as a form of reparations.

Today, the federal court is full of cases against drug makers and distributors from thousands of counties and cities that want justice and money. A potential settlement amount being tossed back and forth is upwards of $48 billion. A recent NPR report noted that the Society of Actuaries calculated the real costs “borne by all of society”, just in 2018, was $179 billion. This hefty amount was derived from its impact on government services, insurance companies, families, employers, etc. However, what really jumps out in the report is that “lost earning potential accounts for most of those costs.”

Lost earning potential. Let those words sink in for a moment. When I heard that my mind immediately raced to another time in our history where earning potentials were lost that have yet to be repaired.

Companies and government should be held accountable for their actions even if it occurred years ago and the cost of compensation is borne by current generations that played no part in the crime. Surprisingly, over the years, Americans have agreed with this concept except in one case… slavery.

At one time, reparations for slavery was a thing… at least for slave owners. As early as 1862 when slavery was abolished in Washington, D.C. Three hundred dollars was paid for each freed slave. I said, “for” and not “to” because the money went to the slave owners. In all, 979 owners were compensated for the forfeiture of their “property”. Sherman’s Special Field Order No. 15 provided 40 acres to newly freed enslaved people. Some 400,000 acres in all. When Andrew Johnson became President he reversed that order and the land was given back to the former plantation owners who were just recently enemies of the United States.

Why is it that we have never had real reparations for slavery? The easy and most obvious answer is racism. That’s a given. When we have to dance around the idea that the Confederacy was formed to continue slavery but instead call it state rights, clearly we’re not comfortable recognizing that it is a part of American history. Besides, as one shallow argument goes, slavery was paid for with the lives of white Union soldiers. The Civil War was reparations enough. You are free. Get over it.

The possible opioid settlement makes another case for reparations for slavery. Today, like in previous cases, we’re going after companies that have profited from abusing and killing others. Aren’t insurance companies and plantations corporations? Clearly, there’s an economic case to be made for the lost earning potential of those who were enslaved. Families with loved ones addicted to opioids are cited in the report for the economic hardships they have faced. What about the economic hardship faced by African American families during and after slavery? Along with not getting paid for their labors, the physical and psychological impact of rape, torture and the forced separations of families during slavery you have the systematic creation of second class citizenship in the form of Jim Crow, substandard schools, loss of lands, etc., etc.?

We have acknowledged that opioids are an issue. We have recognized that impacted parties should be compensated. None of this will make up for what has happened but it demonstrates that it was wrong and, hopefully, won’t be tolerated again in the future. It’s more than time we do the same when it comes to slavery. It’s the American thing to do. 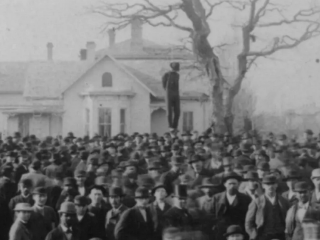 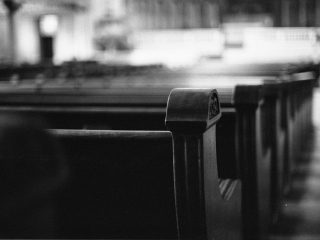 Next Post (n) Segregated Sundays are Not a Joke