I entered the hotel and made my way to the dining area to grab a bagel for breakfast. It was the second weekend in a row we were shooting. Dave Tell, author of “Remembering Emmett Till”, was already seated with a cup of coffee and some yogurt. I handed him my phone. His eyes lit up as he spoke with my mother, Joan Trumpauer Mulholland. It was the least I could do for a man who would spend the next few hours sitting in front of a camera for our documentary.

Dave finished the call and returned the phone as we discussed his interview, “It’s important that people understand that they not only stole Emmett’s life but they stole his story.” I said.

At the historical marker

Over 1,600 miles away, a security camera hidden in the trees along the edge of the Tallahatchie River came to life. A small group of white nationalists was trying to shoot a video of their own. Their message was perfectly juxtaposed against the new memorial marking the spot where Emmett Till’s body was pulled from the muddy river.

“We are here at the Emmett Till monument that represents the civil rights movement for blacks,” a spokesperson began. What followed was a well-worn racist trope asking why there weren’t any memorials for white people raped and killed by African Americans (despite the fact that the majority of crimes on white people are by white people). Of course, this is basically what Emmett Till was accused of doing. Carolyn Bryant, a white woman, said he accosted her in the Bryant Grocery Store and said things she could not repeat. For that, he was brutally murdered in order to maintain the status quo of white supremacy.

The marker by the river’s edge is new because previous markers have been so riddled with bullet holes as to barely be legible or simply removed altogether. Every time a new marker goes up, the resistance to truth becomes more brazen. The attention drawn to it only reinforces why a marker is needed in the first place.

Why here and why now?

But why the riverside marker? There are other Emmett Till markers to vandalize, and some have been, but this one seems to draw the particular ire of racists. Perhaps, it’s because it is more out of the way, down a long dusty road, and hidden from watchful eyes. Maybe, there’s greater symbolism to be had there. This is the spot where the secret was revealed. Emmett, like other black bodies, was discarded in the dark swirling waters. He was never meant to be found, but he was and the truth was fully exposed to the world. Surely, white America could no longer ignore what was taking place in the South. One couldn’t unsee what they saw, the face of a 14 year old boy so brutalized that he was almost beyond recognition.

The truth uncovered… and buried once more

Since Emmett Till’s brutal lynching in 1955 his story, like that of America, became distorted to quickly fit a particular agenda. Even with the explosive confession in Look magazine by the two killers the myths quickly became facts.

Unbeknownst to many, the real story was already out there. People like Medgar Evers and T.R.M. Howard had uncovered it. Names were known. But within a matter of months, Emmett’s story would be co-opted by a white reporter out to make a fast buck at the expense of another black life. The truth faded. Systemic racism prevailed as white America got what we needed to allow ourselves to live comfortably in our own skin. We could point our fingers at two evil men who looked the part. They wouldn’t have to go to jail for their crime because the system determined it wasn’t. We could gasp in disbelief at the injustice while secretly be comforted in knowing the system, and our racism would go unpunished. Besides, we would tell ourselves, they confessed, isn’t that enough?

An alarm blares and the racist cowards scramble for their vehicles in an almost comical fashion. They had been outed. But like most things around Emmett Till and racism in America, we’ll shake our heads, miss the larger message and be content that our own racism wasn’t caught on camera… this time.

Previous Post (p) Segregated Sundays are Not a Joke 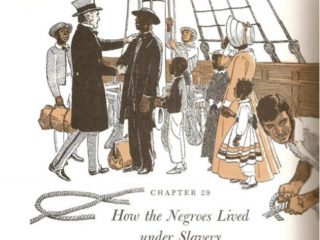