For the most part, people like their anti-racism wrapped up in a warm and fuzzy blanket. We want to be comforted and feel safe in our stand against racism (a lot of this has to do with how we see racism to begin with but that’s a different discussion altogether). Back in the 1950s and ‘60s as the modern Civil Rights Movement was in full swing it wasn’t as if EVERYONE agreed with it. The whole nation wasn’t pointing to it and saying, “Yes, this is a good thing because segregation is wrong.” Believe me, there were a lot of people in the NORTH who were watching the Freedom Rides, the sit-ins, the marches, etc. who thought that this was not how one stands up against racism and Jim Crow. My grandfather was a classic example of this. He was a government bureaucrat who felt that change should come from the top but mostly he was just worried that his little girl, Joan Trumpauer Mulholland, was going to get killed (and for good reason). Today, you’d be really hard pressed to find anyone who would say the Civil Rights Movement was a bad thing. Sure, there are the extremist but, in general, we all embrace it. Why? Because it’s safe to do so now. We can pat ourselves on the back and proclaim we are against racism by quoting “I Have a Dream” and celebrate what happened 50 plus years ago. We can look at these Freedom Fighters who are now grandparents and think how wonderful they are for standing up to something so obvious. Some of us even go so far as to say that if they were alive back then that they would have been right there with them on the front line. However, we tend to end that support once the Movement makes a shift to more black empowerment with Stokley Carmichael and all. If you remember when Rodney King got beaten by the LAPD to within an inch of his life there were a lot of people who WEREN’T outraged. Today, most of us watch the footage and can see how unjust it was but fail to see that same injustice in similar acts today. We see the black Olympians standing with their fists raised in 1968 and say, “Right on!” but look at Colin Kaepernick and call him un-American and try to discredit his abilities (Remember, one of those Olympians raising his fist got second place. That’s the same thing as losing the Super Bowl. Unqualified? I don’t think so).

And that’s the problem. It’s like the proverbial “black friend” we hide behind to mask our other racist beliefs. We don’t want to deal with the uncomfortable. We avoid it. We put up walls to protect ourselves so we can live in the myth. Recently, I was invited to speak at an event and show “The Uncomfortable Truth”. I received an email that expressed some concerns over what others might think. They even noted that having me come is costing them a hoped-for co-sponsor because their accountability partners would break ties with them if they offered organizational support. Of course, I was excited to hear that I’m now considered “controversial” but that’s beside the point. I thanked them for raising their various concerns and questions and addressed them as best I could and to their credit they are not rescinding their invitation. However, I did note that they now know how far this co-sponsor is willing to go in the fight against racism. How far are you willing to go?

Time and perspective has a way of revealing the truth that we find hard to understand in the present. It gives us space to feel safe in proclaiming our allegiance to the obvious. But why wait? It’s all pretty obvious already. 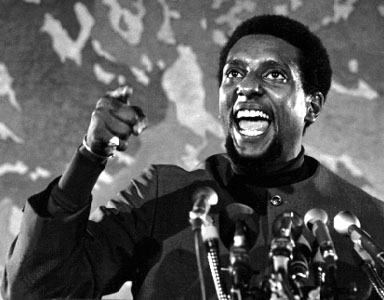